So life goes on as per normal these past few weeks. Have kinda transited back into school life, just that I'll need to get use to the waking up early again, and try to psyche myself to try to work instead of coming home and playing the 'Box all day long.

Well, first up is the thanksgiving: that I managed to get all my modules, and that both ISO and Welcome Tea went through mostly without hitches. God has really been
watching out for us and providing for us in that we have enough of whatever we need, and then some. Like food. And space. And people. And also for the guys in my CG (in church) who are being very regular in attendance, though I must admit sometimes, their maturity leaves much to be desired...

So anyway, this post will be all about balance. Yes. It's a bit like the Yin-Yang thing, or to mangle Newton's 3rd Law, 'For every thing, there's an equal and opposite thing.' Let me give you the examples.

First up would be some anime I bought last month. I was in Suntec City (I can't remember for what), and while going through, I stopped at Blue Max to take a peek at some anime. They, however, didn't have any that I really wanted, so I toddled off to Discs Station, which was nearby, and sells more Chinese-y stuff. And I found out that they were having a sale! As in, usually I can't be bothered to go 'sale-chasing' like most Singaporeans do (OK, so I'm not Singaporean, but that's beside the point), but this sale was really good. So anyway, I managed to get 2 sets of VCDs at SGD14.95, and 1 box set of DVDs at SGD30.00, which needless to say, is pretty darn cheap. Then I happily ran home. Or went to whatever it was that I was looking for in the first place.

So when I got back, I quickly took out my VCDs first to watch, cos it was a basketball one, called Dear Boys. Well, the animation wasn't fantastic, in fact, I would say that it's worse than the Slamdunk anime, but I could have lived with that if it hadn't been the fact that THE SUBTITLES WERE IN CHINESE!!! And if that wasn't enough, THE CHINESE WAS THE FAN TI ZHI VARIANT!!! (Meaning I couldn't really read it lah [not that I could read jian ti zhi very well, but I probably would have an easier time]). Bummer.

But but but but, the DVD box set I got? Now this is the fun bit. It's a collection of Studio Ghibli films. There are like 14 films on 5 DVDs. And they are absolutely fantastic. If I had to recommend anime films, I would recommend these. (Especially since I own them and that would make me feel much better heh). Here's a picture: 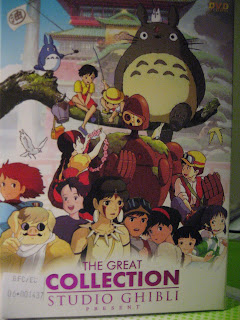 Yes. I have only watched about half my shows there, but so far, they are quite good, whether its the storyline, or the characters, or just the land in which the stories took place.

OK, now on to number two. I am sure that if you were in Singapore, you would have watched the National Day Parade, either at Marina Bay, or on the telly, or something. Well, the great thing about that was that the marching contingents were really good. The commandos were good, the navy SEALs were good, and even the Air Force contingent made less mistakes than they normally did. Additionally, this time the Navy got to show off a bit more of their hardware, since previously, they only had those military ducktour boats, which are more army than navy anyway, and the rigid-hull inflatables.

The bad thing, was that we were 'treated' to a really ridiculous, arty-farty performance with some kind of neo-pagan deity dressed in red and running about on rollerblades who was like the the personification of some kind of spirit while his minions worshiped golden calves. I mean come on, surely they could have done something better than show us that. Like some history stuff, or a performance that everyone could enjoy, not just those who splash paint randomly on canvas and see art in their expressionistic departure from artistic norms. Bah. I certainly didn't like that bit. I fell asleep.

Now the 3rd thing that happened was today. Haha. I'm really happy. Like 本当に幸せになるの。You see, I went to Central at Clarke Quay to go check out Yamakawa Super, since that was like supposed to be a sort of Japanese minimart there. And well, it was ok, if a bit sad, but I didn't manage to get what I was looking for. Then my friend D smsed why don't I go over to Liang Court and check out Meidiya over there. So off I went, and there I found like so much fun stuff! Like this: 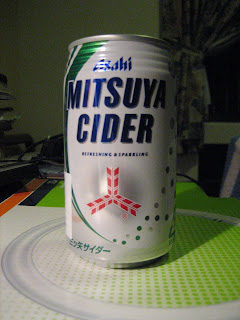 And I also found this: 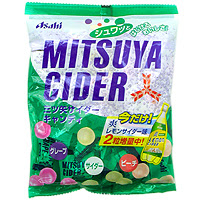 But, tonight, when I got home, I turned on the telly to Channel 8 to watch the 7pm drama. I mean, usually I don't, but I had started to watch because the evil people in the show were really evil, and I wanted to see them get like their just rewards and all, and to see how all the good guys triumph. But nooooooo.. those morons at Mediacorp just had to reveal today that instead of a single 30-serial, they had a double 30-serial, with the next one coming who knows when, probably in a pathetic bid to raise their viewership ratings. I mean give me a break! I'm wasting my time watching that miserable, exaggerated excuse of a show, and you tell me now that you actually have a part 2?! I was trying my best not to unleash some choice army words at those cretins at Mediacorp.

All I can say is that it better not be trilogy of 30-parters. Bah.

Cheerio
Posted by ArkAngel at 8:21 PM

now must wait till december for more of the story to unfold...

is that the sweet you gave our thai meet team (which pam conveniently ate more than her share)?

Yeah. I like the drink form more, but the sweets tend to last a bit longer...