I touched down in Tokyo 5 days ago. I started to clear out my house 4 days ago. I finished packing most of my stuff 3 days ago. And 2 days ago, I moved out of my house.

Now, generally speaking, I would say moving isn't exactly a very emotional event. Especially when you move to a place less than 200 metres away. And in the heat of Tokyo, it's a little hard to think when all your mind focuses on is that bottled drink you put in the fridge.

At the same time though, this was the place that I lived in, mostly by myself, for 2 years. It was the place I called home when I first came to Tokyo at the beginning of my initial year, and it remained home to me all the way till the end of last week. It was where I suffered through the heat of 2 summers, and the frigidness of 2 winters. It was where I learnt to cook food by myself (not just cup ramen and ochazuke), and where I could allow all my little foibles (ironing my clothes immediately after washing, not making my bed etc) to just come out.

Naturally, it also doesn't help when you have your special bowl, knife and spoon. 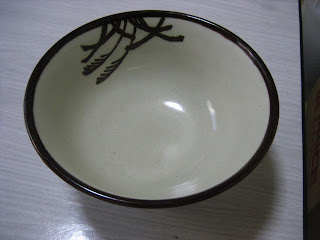 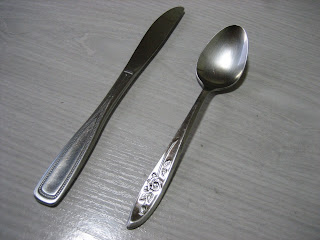 Yes, I also had a special knife and spoon. I always used that knife for breakfast (except when I was eating cereal), and I always used that spoon for my other meals. Strangely enough, I never had a special fork.
Staying with the Laus is a nice thing. They are pretty much the epitome of hospitality. It brings back a lot of memories, because this was where I stayed when I first came to Japan in 2005. And my room here is a lot cooler, because it's on the 3rd floor.

However, having to give up a place I called my own, that is not something I found easy.

So here's to my home at Kita-Akitsu Century, for all the memories I had, while I was living there. 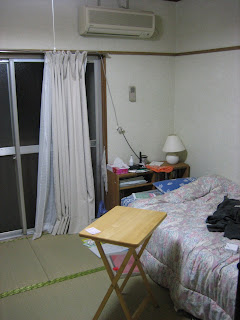 Where I spent most of my time hiding.
Posted by ArkAngel at 10:32 PM