Home away from home

When Pastor Jabez organised the first youth mission trip to Japan way back in 2005, he contacted Louis, our resident missionary over there, to see if it was possible to get housing at a low cost. And as anyone who knows Louis and his family can readily attest to, their hospitality knows no bounds and they opened up their house to us.

We stayed initially in the tatami room, which was their guest room, and it was pretty good there, since it was warm, especially for us suaku Singaporeans who had never been to temperate countries prior to that and found the spring temperature of about 20 degrees at night somewhat cold. 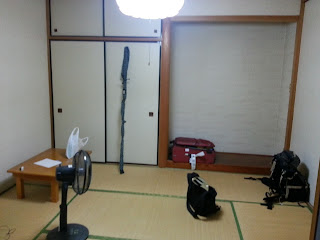 The tatami room. Of course, in summer, the place gets ridiculously warm. But if not, it's always a nice place to hang out at.

And since then, unit number 303 of Tokorozawa Century has been for me, the home away from home. 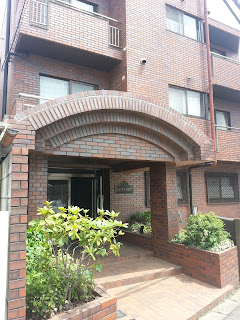 The entrance to Tokorozawa century.

It didn't matter how many times I went to Japan. This place has always been warm and open, whether it was Louis or Steve who was staying there. Even when I had my own apartment just a few blocks away, I knew that if I wanted to drop by, I didn't even need to call ahead (though I usually did) and I would be welcomed in the place.

There would be food. And both Auntie Chris and Kathi are excellent cooks. 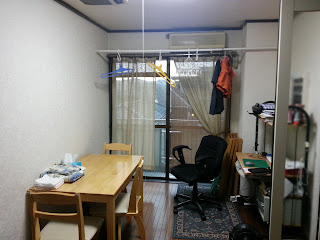 Place where you can get good food. 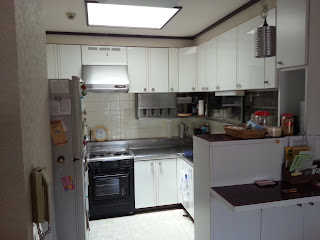 Place where good food is made.

There was also free Internet, which was extremely helpful if you're there just for a short trip, or when your own Internet has not been set up yet. 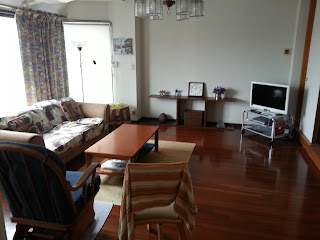 Place to get free Internet. Incidentally, this was where I ended up sleeping on that first trip in 2005 after some of the team members said it was too cold and they took over the tatami room.

But most importantly, it was like family; the Laus and the Weemes never excluded you, even if you did feel like you were an 居候 in the place.

Unfortunately, due to certain circumstances, it appears that the house will now have to be returned to the landlord, since there will be no one staying there for the next couple of years. Louis has always been proud of the fact that he managed to get a really good deal on the house, getting a rather large unit at a relatively cheap rate, but I guess it is time to move on from the place they've called home for more than 10 years.

And I, for one, will also be sad to see it let go. There's always this sense of nostalgia each time I've keyed in the security code and walked in through the sliding doors and smelt the air inside the building; I'm always brought back to that 2005 trip, when everything was new and exciting (not that it isn't any more, but the first time is always the most impactful anyway).


So thanks for all the happy memories, for all the fun and all the joy. And just perhaps, maybe in the future, the home may come into the possession of a friend again.

Thanks for posting! Will you be posting again soon?

Minecraft is the fastest growing Java game in the Internet history.
Minecraft servers is a server game of favorite players. This is because it allows you to create Minecraft Skins,Minecraft Maps, Minecraft Resource Pack and other creative possibilities. This is a war game that requires fighting against monsters appear at night and survive by fleeing them, provide for the basic needs of you, gather food, wood, etc. Because this game has many options and entertainment graphics should it become popular all over the world.

Minecraft free download is a sandbox game (sandbox) have been shaped independently by Swedish programmer Markus Persson and is then developed and published by Mojang. Full PC version was released in late 2011. In May 2012 game shape, to cooperate with developers 4J Studios, to be released for the XBOX360.


I create a morgue too.should.The injured rioters are carted off to the infirmary and that i await your next batch of prisoners.Stabshank is sort of full.so a few of these guys should be put into temporary holding cells.It dawns on me that everything that's happened so far has been a consequence of the environment.not the prisoners.Pritchard escaped because I foolishly opened his cell door; Cadwallader started rioting due to a food shortage.Despite their detailed bios.FIFA 15 Coins PS3
FIFA 15 Coins Xbox 360