OK. Finally, after nearly a month of non-stop action, I get to take a short while to write up a full report of what I have been doing the past month. Here goes.

First thing was erm... Let's see... Youth Camp I think. yeah. 5-9 Dec. It was really cool. What witht he whole Roman theme and stuff. Even though I pointed out to F that actually, the thunderbolts painted onto Roman shields which was painted on to the banner were actually representing Zeus... oh well... Here is a shot of my group. 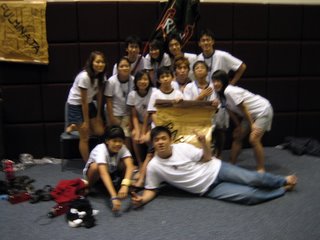 Yeah. They were a really great bunch of people.

After that was the family trip to Perth. Took quite alot of photos there. Here are some. 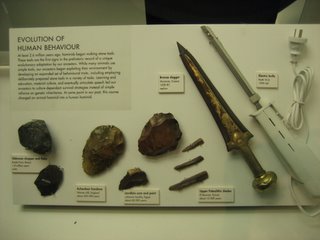 This one was at the WA Museum of Natural History, I think. If you look carefully, the knife on the right most side of the picture is actually an electric knife dated 1999 A.D. from Perth, Western Australia. Which I found really hilarious. 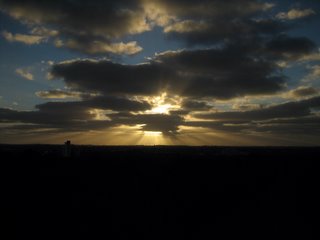 This one is one of my favourite pictures. It's really nice. It's like you can see the beauty of God in this shot. It was taken from the DNA tower which looks like... 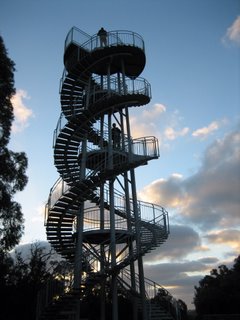 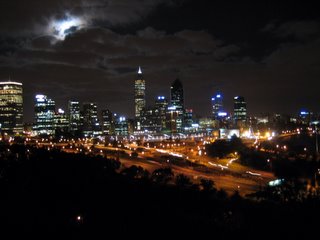 Perth nightlights. I only had a 2 second exposure max for my camera, so this is the best I could get. Ah well... 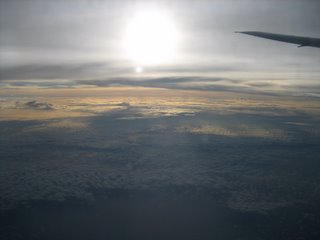 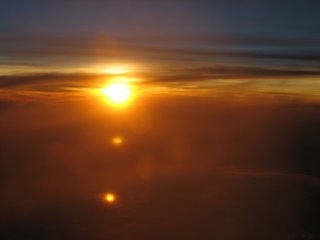 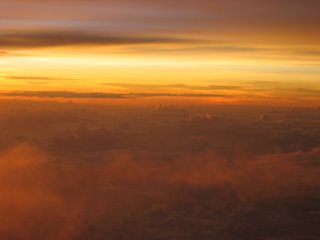 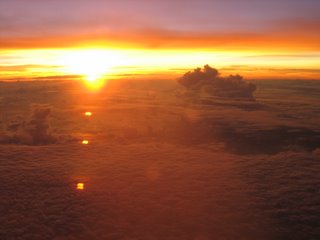 I really am grateful to God for many things. Chief among them is that He hasn't sent a thunderbolt to zap me into a pile of ash yet, though I've done so many things wrong that I would have zapped myself. haha. Indeed, His patience and mercy never runs dry.

Anyway, I had 1 Christmas dinner and 2 lunches. And I played for Christmas service, so I didn't really get to take alot of Christmas photos. But it's ok, cos that's not what Christmas is about anyway. It's all about Christ coming down to save us. You know like how they like to say that Christmas is all about giving? Well, it's only partially true. It's really about God giving to save us all. And that's the only thing Christmas is about. Pastor K gave a sermon, and in it, he talked about how some library in the US told a lady that if she wanted to put up an ad for her church Christmas service in the library, she had to take out all images of Joseph, Mary, the 3 Magi, and Jesus. So what you would end up with is a picture of the farm. Like. Wow. So much for freedom of expression eh? And notice how all the Christian festivals have so many secular connotations now? Like just take Christmas. There's the Christmas tree, Santa Claus, Candy Canes, presents, Christmas Cards... like what's up? Not that it's wrong to have all those things, but it's almost like someone's trying to take attention away from what Christmas really is... anyway, I think I shall stop my ranting. Haha. I'm just glad that God came down to save our souls. If not, for sure, I would be burning in hell when Judgement Day comes.

Are you ready for Judgement Day?

Had no Christmas dinner on Christmas Day itself, but I did invite L, YL and S over, cos there was some miscomm in their CG and they got seperated.

OK. Then on 26th, after family Christmas lunch number 2, I went over to YL's place to help paint the room. She was re-doing it. Then on 27th, I went to Sentosa to help out in the PRC immersion program which VCF was doing. Yeah. Scholars from China. And yes, they were so desperate for helpers that they were willing to get me to help out, despite the fact that my Chinese isn't exactly the best of my languages. haha.. It was somewhat rained out though, but I think the PRC chaps had some fun, so we can thank God for that. heh.

And then 28-30 was the YEFC. It was fun to have a get together of all the 'older' youths and have some training together, even though I was auxiliarized along with J, F and WX during the toughest part, so we didn't really get to bond so much with the rest of the guys. And I didn't get to take many photos. Bleah. The best one was from F, as usual. Here it is. 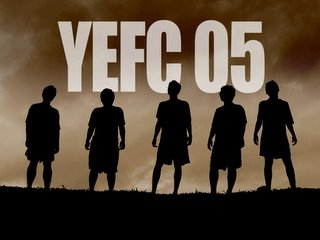 He edited it, of course. The camp was really good. And since we are all leaders, we need to be aware of some stuff. Like temptations leaders face. For me, I think it was the popularity vs respect one, and the peace vs constructive conflict. Those would probably be my biggest temptations.

Nothing much left to the month. At the moment, it's about 22 hrs and 37 mins to the new year. I just managed to get 2 more mods for my next sem. I tell you, CORS can be a real bother, esp if you're a total newbie. Ah well.

This is not everything that happened. Lots of other things as well. But I'm tired.

ARE YOU READY FOR JUDGEMENT DAY?
Posted by ArkAngel at 5:23 PM

I read over your blog, and i found it inquisitive, you may find My Blog interesting. My blog is just about my day to day life, as a park ranger. So please Click Here To Read My Blog