When a whole bunch of my friends graduated last year, it didn't seem like a very big thing, from my perspective. I mean, it's not like they weren't close friends or anything; after all I did get to know some of them really well, especially my ALLO buddy Ad (who regularly steals food from others and who's greeting is now well known to arts people). But this year, after I went down to the UCC to say hi to some of the graduating peeps (today), it seemed so much different. Like it's a whole new beginning for them, to finally finish their university studies, and to start their working life, but at the same time, I can almost sense as if a whole generation of my friends left school.

It's really curious, because the feeling I got today was the sort I felt like after leaving OCS, or after I graduated from Sec. School. Except this time, I'm not the one graduating. And I'm guessing it's because I guess I have in the two years I've been at NUS, I have grown really close to this particular batch of seniors. And also I guess cos about half these people are also my age.

And I know for certain I will really miss them. People like my ex-CGL MS; when I first met her, I thought she was a Chinese exchange student, and who usually gets teased by us, who has made famous phrases like, "Wat!", "Laugh laugh", and "I'm gonna strangle you by the neck!".

Or Sh, who is smart enough to get first class honors, but whom we all watch to see if she trips over herself.

Like Wi, of whom I shall always remember the rides to school in the morning during exam time, and our hare-brained attempts to catch the Great Central Library Rush on video.

And whenever I'm in the library or at the green tables, there's C who will always come and say hi by clapping me on the shoulder.

Like Ad, who was the one who psyched (psychoed) me into joining CF.

Of P, who did her very best to push my proficiency of Japanese up just before my oral tests.

And of YF, whom I met in JC cos we both kept on failing our Chinese, and I regularly run into on campus.

Of course, there are so many more whom I have gotten to know (like Es, Ev, HS, SD, R, T, Ch, Eu, Be, J, eh really got alot, sorry if missed you out hor), and who will not be coming back to school next semester, and I definitely don't have the space (or time, since FOC is tmr and I haven't packed) to list all of them out. And I really regret not being able to see all of them one last time before they finally leave NUS. But I guess it's sufficient to say that I will remember you (at least, I'll do my best to), and that in Singapore, it's almost a given that I'll bump into you sooner or later. 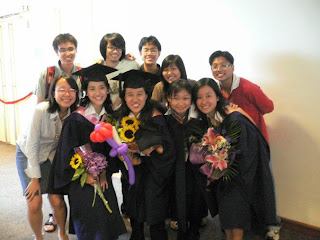 Kaoz.. so emo sia... almost as if this was an orbituary or something. Biang eh, show so much emotion, must be getting old...

Oh, and I thought this would be a good representation of F, since she has become a dino: 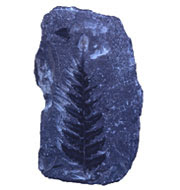 Haha. She wanted to bish me after that. Oh well
Posted by ArkAngel at 7:25 PM

Yeah well, that was it. We are done. Life in NUS ends for us, but CF will always be a part of our life.

Your friendship is much treasured. Lets keep in touch!!!
Wi

wah. i always thought that u only say in passing that u miss me because u've got one less person to tease.

looks like u weren't joking. (and u miss me because u've really got one less person to tease)

cf is sth that i've to let go even tho i'm not willing to.... but we'll still keep in touch! aye?

i'm glad i psychoed you into cf;) i shall continue to psycho you in church. *big grin*