So as mentioned, I shall attempt to recollect the events of the past month and shall post it up.

1) V-Day event. Well, it was pretty much a blast. The music was good, the food was decent, and everyone seemed to be having pretty much a good time. Was mucking about in the kitchen, and didn't even have time to change, which was ok, since we were all still working inside the kitchen. Praise God, all that effort wasn't for naught, since some people did accept Christ, and I bet we at least managed to plant some seeds in others.

2) Well, the Bucks are pretty much done for the season. Seemed so promising at the beginning, when they beat the Cavs, Pistons, blah blah... But then they sort of self destructed... On a bright note in what has been a rather dark season, they won back to backs against the Knicks and the Wizards. Of course, one must realize that they also somehow managed to lose twice to the Heat last month. Lottery time!

3) So yeah, my iBook kinda died. Not sure how it happened, but the IT guy said it was cos the processor went down. Unfortunately for me, it had to happen on the Sunday before two of my papers were due. Fortunately for me, I hadn't really started writing either one of them, so I didn't feel too bad. But thanks to God who really helped me think through stuff clearly and allowed me to finish my essays on time. Managed to get my repaired iBook about 3 weeks later, after having to go through some admin issues cos I couldn't find my Apple iCare package.

4) Yeap, went for R&J's wedding. Know R from school, and she more or less invited the whole of VCF down. Couldn't even stay for the wedding cos of a CG snafu, and so I had to leave like after the short worship session. Bah. I don't even want to talk about the snafu. Reminds me too much of the time I got rained out on Commissioning Day. One good thing was that I managed to meet up with P again, and to talk a bit. One not so good thing is that R is my age. And she just got married. I'm not even attached. Bother it all sometimes I feel so lonely. 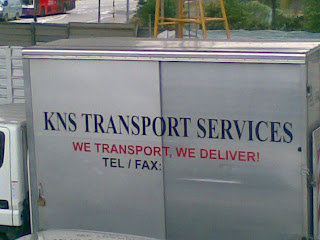 I just had to put this in. I titled it "Kiekie's Delivery Service", in relation to one of Miyazaki's anime.

So got more, maybe I'll post it up when I'm more in the mood.

On an aside, sometimes, I wonder if honor is overrated. I mean, quite a few times, I do things that seem 'right' to do, but I always end up losing out because of that. Not that doing the opposite is wrong, just that maybe it's not quite so honorable. Not that I'll start doing nasty things (God forbid!), but it's starting to irk me a little, that when I'm doing things that I think are decent, I end up with the short end of the stick. Bleah.

Ok back to studying for stupid test tmr.

Cheerio
(and yet, I don't feel terribly cheerful)
Posted by ArkAngel at 12:53 AM

isnt that the reason why people take the non-honourable route to gain much more? hah.

R's my age too! wahaha... ne'ermind lah... just think of the many people who r older than us and unattached yet. woohoo.