One of the issues, I realized, as being part of the worship team in church is that sometimes, I don't really worship. Talk about irony. I know I'm not the only one, since S has shared before how he used to be unable to find himself worshiping even when he was leading. But that's another story.

The strange thing is that when I'm playing, there are several paths that are available that I can take:
1) I start to focus too much on my playing, so that I won't make a mistake.
2) I start to focus too much on my playing, so that people will notice me and think that I'm playing very well.
3) I am able to play, but my heart isn't in it.
4) I am playing, but I'm just going through the actions; it doesn't mean anything to me. (This is slightly different from 3), in that in this case, I feel normal, whereas in 3), I feel somewhat depressed. Or wronged. Or left out. Or I sinned during the weak and am still beating myself up over it. You kinda get the drift right?)
5) I am able to fully worship, focusing on God, yet being aware of what I'm doing.

So I have 5 main options to pick from. And while I'll like to think that I am always able to get the Sunday School answer, and say, "Yes, I always do no. 5", in reality that doesn't really happen. Too often, I end up doing one of the other options, which shouldn't really be the case, since in all the other 4 choices, the focus is not actually on God (which is the whole basis of worship in the first place), but has been brought to me.

Today, however, was a pretty good time of worship. I guess coming back from the retreat in Phuket did me good, since over there, God was gracious and merciful enough to me to snap me out of the sin in my life, and through that time, and this past week, has been reminding repeatedly to focus on Him. Four of the devotions I read (two from ODB, two from Utmost) reminded me to look to God, two of the peeps from church reminded me to seek God first, even W's blog post was about some issue that I was struggling with, and the solution, was naturally, to look back to God.

So yes, it was tough for me for a while. I thought I had managed to get back on track with God after Phuket, but on looking back, I had simply exchanged one sin for another, and I had lost my vision of Christ. And though it freakin' hurt to let go of what was on my heart, I think (at least, I hope) that I have let it go to God, and to allow His will in that respect for me.

The end result of all this? Today I was able to really worship when I played for service. It wasn't a totally great day, during prac I started to feel down again, but by the time prac was over, I had managed to get over that (it can be such a bummer that. Recurrent issue), and the first song we did didn't go exactly well (seemed kinda dead-ish, despite it being a fast song), but I was able to sing my heart out to God later on, to be completely aware of what I was singing about and to mean it, and to play the right chords and all. And I think that all this started because of my first act of worship in this long chain of events, which was to return my hopes and plans to Him.

Ok, on to other things, here's some nice pictures I got.

This was from Phuket, when we were at Koh Panyee: 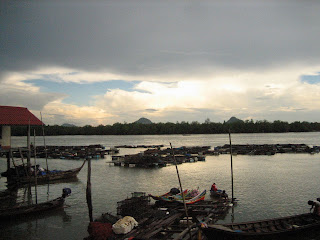 It's sort of like a floating village, especially during high tide I guess, because I could see all the areas under the stilts which would probably be underwater if the tide was in. And since the village is on an island and accessible only via boat, I was joking with one of the others that when kids reach 18, their parents don't get them cars, but get them boats. Haha. I wish my parents gave me a car when I was 18. Ah well. They were nice enough to pay for many of the things that I need. Inc. driving lesson. 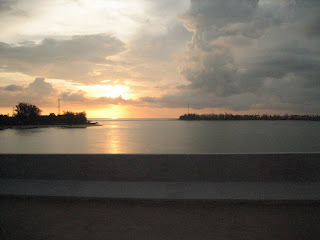 This was on the road back to the hotel from Koh Panyee. We were in a van (it was really big), and we saw this along the way. I'm quite proud of this one, since it was taken when we were crossing a bridge, so the amount of time available for me to take the shot was really limited. Add to that the fact that my camera was in my bag, and that I had to shoot over V who was next to the window, I think it was a pretty decent job. But this one also reminds me of another shot I took a couple of years back: 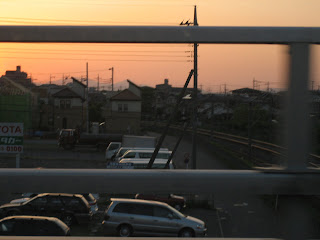 This was in Japan, when we were heading from Saitama back to Tokorozawa. I miss Japan. It is a really nice place. And I miss meeting some of the peeps there. 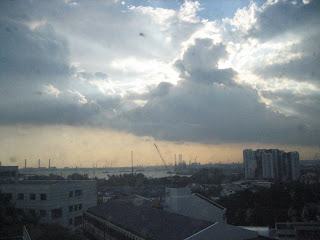 This was from the 5th floor landing of the stairwell in AS4 in NUS. If you haven't gone there in the evening, you don't know what you're missing. It has a really beautiful view. This was caught somewhere around 5 in the afternoon, and I had to shoot through the window, which being on the 5th floor on a stairwell, is really rather dirty. But seriously, the best time to be there is around 6.30 in the evening. The sky's really great. And you can see out over the port area. This pic really reminds me of Castle in the Sky though (天空の城ラピュタ). Great movie that.

All these are just a sign of God's majesty. Even nature cries out in praise of Him. It would be most disgraceful if I failed to pay Him the adoration He deserves, merely as the Creator. When I remember how He sent His Son to die for me, the exchange rate simply skyrockets.

Ok, final point on worship today, I found this really nice video on Youtube. Now, as you know, one of my favorite Latin songs (one of the very, very few I know), is the Sanctus, sung by Eden's Bridge, as I mentioned here. Well, I found another version done by Libera, which is really nice too. Link is here.

Yeap. Now I'm done. A bit sleepy. But much to thank God for.

P.S. If you're wondering about the previous post, the last section was when I was feeling a spot depressed, but now I'm OK. Just needed to focus on God.
Posted by ArkAngel at 1:04 AM

Lol. this is probably one of the few few times that you insist that you are older.

if it helps i still see myself as a girl. ha. but then i forgot, dan the "man". sorry dude;)