When I was a young student, way back when floppy disks were really floppy, and weekday cartoons where shown on SBC from 6.30-7.00 only, my parents decided to enroll me in a SAP school. The rationale behind this was that since my parents were both pretty fluent in English, and at home we would speak English, I should make sure I don't lose out on my Chinese language. Hence SAP school.

Now, to those who don't know, most students in Singapore have to learn English, and take up a second language, usually their 'mother tongue' (I know there's a whole discussion about how one's mother tongue really is the language that one is most comfortable in, but let's not go into that now shall we?). The SAP school is a school which has both English and the mother tongue as 'First Language'. Since in Singapore, the only schools which are under the SAP program are those with good Mandarin classes, the SAP schools are generally seen as those with a very strong, Chinese-language bend, not just in the classroom, but even among the student population. See below for some notable examples from Singapore. 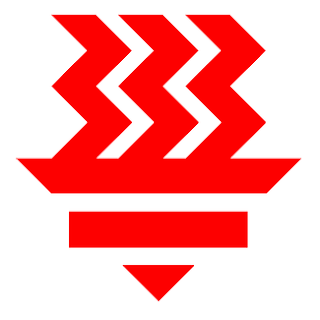 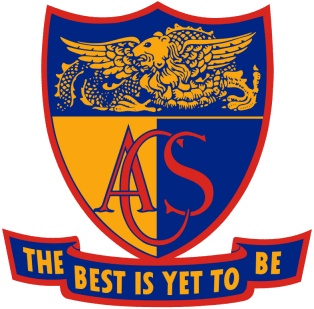 ACS: Not a SAP school. (And if the people I know from there are to be believed, they're pretty proud that they're not a SAP school)
So, as I was saying, I was enrolled into a SAP school at the tender age of 5-and-a-half. The school in question is a fairly good school, some of you may have even attended it, or gone past it, if you were driving around the Clementi area; Nan Hua Primary School (See, even the name has a very Chinese-ed bend to it). I have had several really good teachers, but the best teacher I ever had, and still remember of as the embodiment of teaching, was my form teacher in Grades 5 and 6, Mrs Ng Peng Huat. She's the teacher that by some miracle, dragged my Maths and Science grades out from the Marianas Trench, and made them into something approaching respectable levels.

(Side note: Mrs Ng, not sure if you'll ever see this, but you really were the best teacher I ever had in school. Thanks for investing your time in teaching, and in wasting so much time on me.)

(Side note 2: If you were ever taught by Mrs Ng, you were blessed to have her as a teacher. If you weren't, well, sorry for you.)

But anyway, I'm not here to talk so much about Mrs Ng, I'm here to talk about Chinese, and she was not my Chinese teacher. So I was enrolled, and in my first couple of years there, I had a great Chinese teacher. She was a kind old lady called Mrs Ang, and she would encourage and praise all of us in class. Maybe she knew I was one of those 'jiak-kantang' who was born in an English-speaking home, and was just trying to help me, but whatever. I did fairly well in class then.

Then when I went to Primary 3, things started to go downhill. To begin with, I wasn't very interested in Chinese. I didn't really care much to speak Chinese, even with my grandparents, since they understood enough English to understand what I was saying.

The next problem was the teacher. Now, like any good revisionist historian, I look back at her and think, actually, she was a good teacher. She was able to make her good students better. Unfortunately, I was not one of those good students. I wasn't even an average student, which I think she had some success with. I was a poor student in any class that wasn't taught in my favourite English language, which naturally meant that I suffered in Chinese class. And I guess she didn't really know how to motivate me to study Chinese...

...which basically meant I became even worse at Chinese than ever before. I had no motivation, I didn't like going to class, the teacher didn't help (I think she thought she could shame me into getting better... hmm, nope, didn't work), and it became a vicious cycle spiralling out of control.

Then I went to this school:

St. Andrew's: Not a SAP school either.
And basically that was it for my Chinese education. I didn't improve from the B I got in the PSLE. No amount of extra tuition helped. I was never very good at it, I never scored well in it, and even when I did use it, like in church, my friends would make fun of me:

Me: 你们去那里吃饭啊？
Friend: Haha you sound funny speaking Chinese!
Me: What? What do I sound like?
Friend: You sound.. you sound like an American trying to speak Chinese!

Which is pretty duh, since I *am* an American speaking Chinese, but whatever lah huh.

So now we fast forward to the present, where I am in Japan. Now, it's pretty much expected that you'll have to be able to speak Japanese when one is in Japan. And if there's a second language that you need to learn, it would probably be English.

Now being able to speak English in Japan should not be underrated. It is useful in getting to know people. But one should also be able to speak Japanese. This is to talk to Japanese people. And if you're really good, you can pretend that you're a local just for kicks.

But what I didn't realize would be useful was the ability to speak Chinese. Now, my Chinese, as attested to in my brief history, is no where as good as it should be. But living in Singapore, even if you don't do well in school, you do use Mandarin for a fair bit of conversation. Even if it does sound like you're an American trying to speak Chinese. Plus there is all this Chinese that you take in, and gets lodged in your mind anyway. And when I do speak with my grandmothers, I use Chinese.

So recently, I got to know quite a few Chinese people in my weekly meetings. On Wednesday nights, at Shinagawa, Amechi (one of the members, he's an American) has been bringing lots of his classmates from the Japanese language school down to join in. And they are almost all from China.

Then on Saturday, Karen's been doing Alpha Course at Shinjuku, but the majority of those who come are Chinese (it's 3 out of 4 non-regular members, which is not a lot, but still constitutes a majority).

And on Friday, I got to hang out with a few of my classmates from Japanese class, and surprise surprise, they are also Chinese (though one is from Taiwan).

So in the end, though I really hated going for Chinese class last time, I'm really glad now that I can speak Chinese.

And so thank you, MOE, for forcing me to learn Mandarin.

And thank you God, that I can scrape by using my Chinese.
Posted by ArkAngel at 10:30 PM