This morning, I had to wake up extra early to make sure I got out on time to go meet the short-term team from my church in Singapore at the station, and then go with them and Steve to E-moms. Normally, I would have to wake up early whenever we have E-moms, but today I really had to make sure I woke up, because we had a tight schedule, and we really couldn't afford any delays. It doesn't help, of course, that last night, I was at Shinagawa Kai till pretty late.

But anyway, we all got to E-moms on time. Due to the presence of the team, there were enough English speakers to each pair off with one of the Japanese ladies, which allowed for a great deal more English conversation.

Steve decided not to do the usual studies, so instead, we were using these interesting Soularium cards to answer questions. Basically, he would ask a question, and then we would all pick a picture card that best represented our answers.

So along the way, I was talking to one of the ladies called Yoshiko, and the question was "how do you think your spiritual life has been changed?" or something like that. I think my brain hadn't fully woken up since it was really early in the morning.. about 10 am or so, so I can't recall the exact words of the question.

Anyway, the picture I picked out was of this guy standing still on a subway platform while everything around him was a blur of motion. And so I was telling her that the picture represented something that I had really learnt while in Japan.

See, I kinda enjoy photography. Maybe it runs in the family or something (my dad enjoys photography too, and my brother has been doing photography.. even my sister takes like a ton of photos wherever she goes). And so wherever I go, I try to make sure I carry my little Ixus around so that at a moment's notice, I can whip it out and snap a photo of whatever it was that caught my eye. 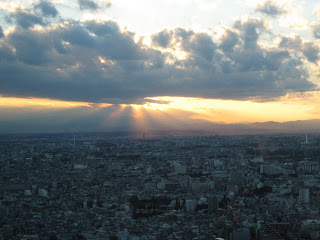 Images like this tend to catch my eye.
The problem is that when I take the shot, quite often, it can't quite capture the atmosphere of the shot. And then I'll start fiddling around with my camera's settings, hoping to find the right combination of aperture/shutter speed/lighting balance etc that would get me that 'perfect' picture. And I almost never was able to fully recreate the aura of that shot.

And then, I started to get a little obsessive. I would walk around, looking at the things I saw, and rating them on a 'picturability' scale. Simply speaking, I was analyzing the world in terms of how I could upload it to Facebook.

And so my mind would be going something like this: "Hmm, the view from this particular point looks pretty good.. if I could just catch the way the light hits the wall at a certain angle 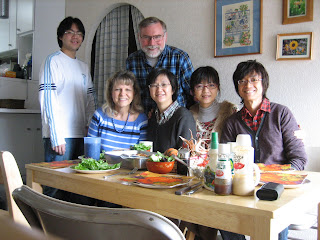 Can really resonate with you on this, also learning to treasure the present. :) And I like presents too!! :D Haha... btw glad that Soularium is helping your team. How did the Japanese respond?

It went really well actually. Perhaps it's due to the fact that we are a bunch of gaijins and they're a bit more willing to open up? But yeah, they do share quite a bit.

Hi,
I have read your blog and I really enjoyed to read such informative post which will be useful to my learning experience which is really interesting read to me.