Now that I'm back, and have gotten sufficient rest, I feel I have a responsibility to do a proper update on my blog.

So anyway, this past week, I went up north to Sendai city in Miyagi prefecture, which is one of the larger cities (though not among the 5 largest in Japan), and is famous as the being founded by Date Masamune, one of the more famous warlords from the Warring States period (different from the Warring States period in China. Get your history right. Pfft.), who was well known not just for being a powerful warrior, but also for the massive crescent that decorated his helmet, and for being blind in the right eye.

It was for an OMF conference, but I only went up to take care of kids (yes I know please will you stop with the laughing thank you) who were of the ages 4-10. There were only 6 of them (8 if you count the two who were 3 and 1 who came in every now and then), and they were actually quite well behaved. I mean, naturally, they were rowdy at times, but once again, I found beauty in the way they prayed. Like when Weetheng prayed haha. Additionally, I have also gained the title of 'uncle' from the kids. Hooray for old age.

So anyway, the trip up was certainly something. It was relatively pleasant, like the trip up to Ibaraki, since out of Tokyo, you see a lot more green, and see more hills and fields and stuff. Like this: 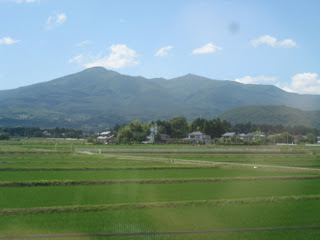 Taken from Steve's van. The window can't open, so that's why there be some reflection.
I also got to make friends with several people like room-mates Levi and Choung Sung, Susan, who ran the teens' program, Pat, who was in charge of the kids' program, and Mary, who was not really involved with the kids' program, but was babysitting the afore-mentioned 3- and 1-year-old (who are her neices). Levi does student ministry in Sendai, while Choung Sung's parent's work with a church in Yokohama. Susan is in Sapporo, as is Pat, while Mary works in Aomori prefeccture.Levi was also helping out with the teens' program during the conference. 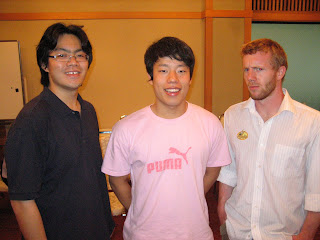 (L-R): Me, Choung Sung and Levi. Choung Sung just graduated from CAJ. And don't let Levi scare you. He's really a nice guy.
I also got the chance to go to visit Matsushima, which is one of Japan's three most scenic locations. It's just a short distance away from where we were staying. 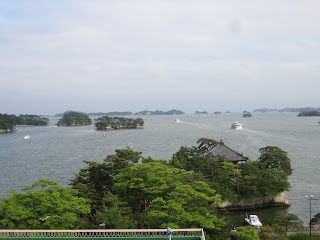 Took this from a tower in the town. It's quite a pretty place, especially when the sun comes out, which it did for a short while at that point in time. 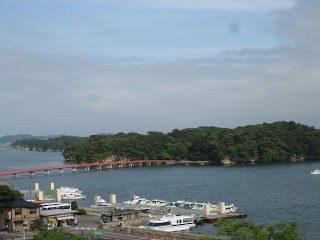 Took this from the same tower in the town. 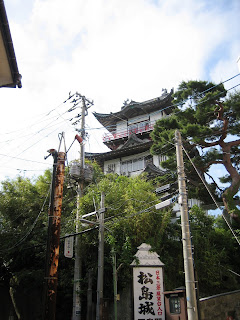 The tower in question 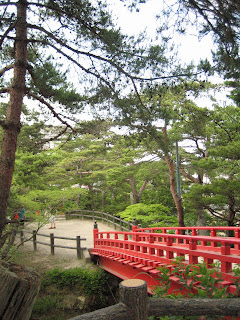 Arty picture!
Anyway, Pat went with the theme of being a peacemaker for the kids' program. And it was a three stage thing. The first stage was about doing things that avoided conflict. The second was on having peace in your heart, by knowing that Jesus is there for you. And this would lead to the third stage, where you let others know that they can find such peace too.

For me, I guess it was a sort of reminder too, that I'm not really meant to be here in Japan to just live. I'm supposed to be sharing about His love. And sometimes, it seems so obvious, the things I should do to talk about Jesus, but just as often, I just allow it to breeze by, and just live 'normally'. It's a bit hard to explain, but you probably understand what I'm talking about. Being here in Japan is not just about 'living a Christian life', but also actually telling people about Christ.

So anyway, that was the lesson I got from the sessions, and I really need it to stay with me.

The trip back down was a little more painful, mainly cos I was packed under my bag, and we forgot to turn on the aircon for the rear part of the van, but it was pretty much uneventful. Managed to get back, drop my stuff, shower, and get to Ikebukuro to meet Mavis (who was in Tokyo on biz trip) for dinner, before I returned and sort of collapsed into bed.

P.S. I really will do a post on food and the first room-mate and stuff soon. Promise!
Posted by ArkAngel at 10:05 PM